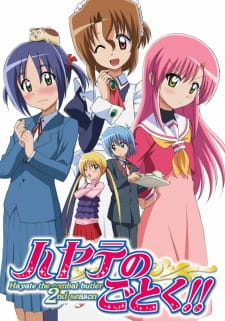 2009 ・ TV ・ Finished Airing
Native: ハヤテのごとく!! English: Hayate the Combat Butler!!
Rating
2009 ・ TV ・ Finished Airing
Hayate Ayasaki's misfortune continues to hand him the short end of the stick. Now settled into his routine at the Sanzenins' mansion and Hakuou Academy, the butler continues to work as hard as ever in caring for his young mistress Nagi while studying the school's grueling curriculum—all on top of trying his best to survive the multitude of troubles that life relentlessly pushes onto him. The unintentional chick magnet's life is far from quiet, forced to deal not only with Nagi's yet unnoticed infatuation with him, but also the evergrowing string of accidentally seduced girls—most notably, the exceptionally plain Ayumu Nishizawa, a friend of his before he became a butler, and the diligent Hinagiku Katsura, Hakuou's student council president. While one struggles to gain his affection and the other desperately tries to deny her own, both the girls are going to make the boy's life a little more complicated than it already is. [Written by MAL Rewrite]
Episodes 26 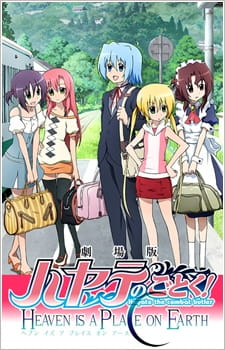