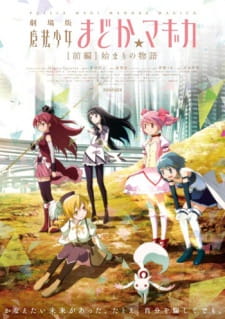 2012 ・ Movie ・ Finished Airing
Native: 劇場版 魔法少女まどか☆マギカ 始まりの物語 English: Puella Magi Madoka Magica the Movie Part 1: Beginnings
Rating
2012 ・ Movie ・ Finished Airing
Madoka Kaname and her best friend Sayaka Miki are ordinary middle school students in the city of Mitakihara. But one day, they encounter a strange cat-like creature named Kyuubey, who claims he can grant them one wish. In exchange, they would become magical girls and fight against evil perpetrated by witches. A veteran magical girl in the area, Mami Tomoe, decides to show them how to hunt witches, while the mysterious transfer student Homura Akemi warns them to not take Kyuubey's deal, though she refuses to say why. However, after witnessing the brutal reality of fighting witches, the girls decide it may be safer to decline Kyuubey's offer. But when another magical girl arrives in the city and Sayaka decides to make a wish to help the one she loves, things quickly escalate as they are confronted with the harsh truth behind their powers and the ultimate price of their wishes. [Written by MAL Rewrite]
Episodes 1 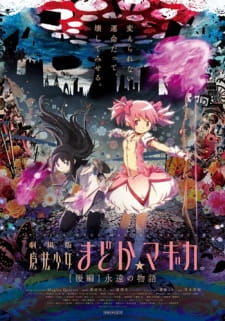